Tania is a Gawler Wedding Celebrant that can meet with you in Gawler or surrounding districts to discuss and plan your dream Wedding Ceremony.

Tania performs wedding ceremonies in Gawler in beautiful gardens and parks, historical halls and venues around Gawler or at private homes within Gawler and nearby.

Tania also does Wedding Vow Renewals for Gawler couples, Commitment Ceremonies for Gay and Lesbian partners, and baby naming ceremonies for new-borns born in Gawler or close by. 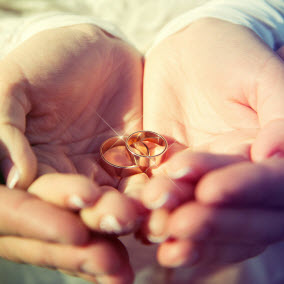 The role of a Wedding Celebrant in Gawler

A Civil Marriage Celebrant is appointed by the Australian Government’s Attorney-General’s Department and is authorized to solemnize marriages anywhere in Australia in accordance with the Marriage Act, 1961. Marriage Celebrants are required to undertake On-going Professional Development each year, ensuring that they remain highly trained and qualified.

In addition, some very strict laws and codes of practice, specifically the Marriage Act 1961, the Marriage Regulations 1963 and the Celebrants Code of Practice govern Civil Marriage Celebrants.

Since we live in what is arguably the ‘post secular age’, there is a growing need for alternatives to marriage governed by particular denominations. Civil (where ‘Civil’ means ‘of or relating to ordinary citizens and their concerns’) Marriage Celebrants give you this professional option, and can deliver a civil ceremony that is equally as emotional and sensitive as any denominational ceremony.

Furthermore, a Civil Marriage Celebrant gives you the freedom to be creative, as well as customise your ceremony so that is specifically tailored to match your dream, and to define you as a couple.  (Why not have your Dream Wedding at Gawler Location!!?)

Additionally, a Civil Marriage Celebrant will accommodate your choice of location such as park, garden or backyard in Gawler for the marriage ceremony

Civil Marriage Celebrants can conduct a range of exciting wedding ceremonies from formal, informal and even themed ceremonies. The great news is that you can also include some religious content (if desired), which may consist of the reading of a prayer by a family member or a ritualised ceremony.

Civil Marriage Celebrants like Tania in the Gawler Region also work alongside a variety of denominations. For instance, there are occasions where a couple wishes to have their marriage blessed by a Minister of Religion from their local church and (providing that the Minister is approving) the celebrant will include this in the ceremony.

Finally, a Civil Marriage Wedding Celebrant will advise on and handle all the legal documentation from start to finish, whilst protecting your privacy in accordance with the Australian Privacy Act 1998.